Will Anything Ruffle Peacock's Feathers? 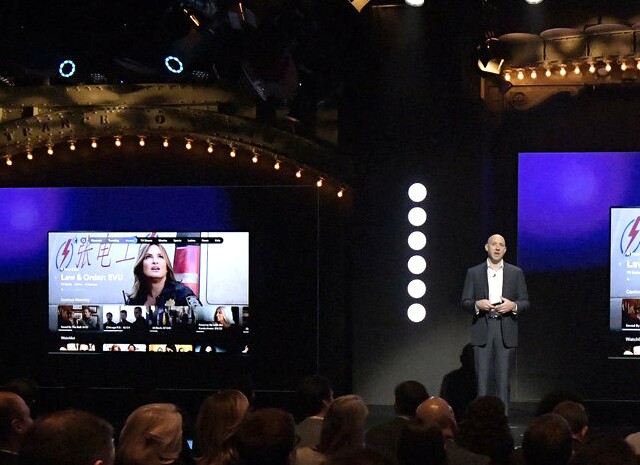 Looks like Peacock, unfurling before the investor community at a splashy 30 Rock event in New York last week, wants to travel both lanes of the streaming highway -- one lane with customers watching ads, the other with customers watching ad-free.  That’s a bit of a shift from remarks NBC Universal made last fall when confirming the existence of this enterprise and the intention to launch it in April 2020.  At that time, it seemed certain that everyone subscribing to Peacock, whether connected to cable systems owned by NBC Universal parent Comcast, or to the expanding universe of smart TV set or device households, would see thousands of hours of original and archived programs free or for a low monthly fee supported by limited, innovative sponsorships.

What’s in view now is a two-stage rollout where how much Peacock you get depends on which of three tiers you choose.  Comcast’s X1 and Flex customers get first crack at Peacock on April 15.  Cox Cable subscribers can also bundle Peacock into their service that day, and there’s a chance other multi-system operators could be stage one participants by then.  For everyone else, July 15 looms as the service’s curtain-raiser, the better to cash in on NBCU’s multi-platform coverage of the 2020 Summer Olympics from Tokyo. 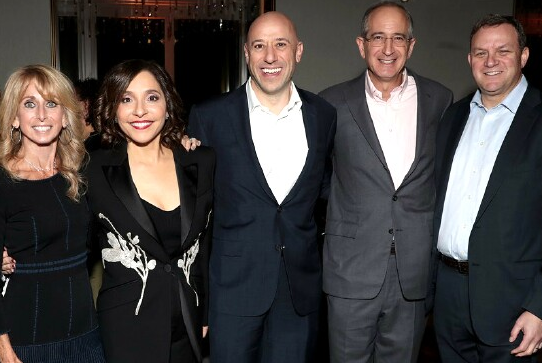 As for the three tiers, two of them are ad-supported.  Go free, and you'll get more than 7,500 hours of ad-supported programming, including next day access of current broadcast series episodes, Telemundo favorites and some Summer Olympics coverage.  However, when it comes to original series made for the venture, you'll only get certain episodes of selected series.  Step up to the next level, pay $4.99 per month, and you'll have access to all 15,000 hours of programming on display at any time, including all the Peacock originals.  Want the 15,000-plus hours without commercials?  That’s the top tier, available for $9.99 per month.

By having that third tier, NBCU can thrive in the subscription revenue-producing sandbox with fellow mega-programming players Apple TV+, Disney+ and BET+, just in case the advertising revenue stream Peacock is depending on to break even by 2024 -- drawing $2.5 billion in annual revenues -- takes longer to accomplish.  HBO Max, whose upcoming debut falls between Peacock’s pair of rollouts, also is moving forward with a dual-revenue model.  At first it will require a monthly fee, but it will introduce an advertiser-supported platform for a lower price per month around spring 2021.  (WarnerMedia’s Kevin Reilly explained it all at the Winter 2020 TCA tour.)

Off the bat, Peacock faces several challenges to win customers over, whatever tier they opt to take.  One is giving customers clarity about what they’ll get, via marketing and promotional campaigns.  Another is building buzz for its original series lineup as much as for its library content, as well as such unique features as pre-broadcast primetime presentations of The Tonight Show with Jimmy Fallon and Late Night with Seth Meyers.  (Could this be a precursor to presenting both shows livewhen they get produced on weekday afternoons?  Just musing …)

A third challenge is winning viewers over to a far different advertising environment than they have on broadcast or cable television, the same environment of 15-20 ad/promo minutes per hour driving many to the ad-free oasis of Netflix or Amazon.  Here, Peacock may have a trick or two in its plush plumage.  Management has set two big parameters:  There should be no more than five minutes of messages per hour, and there will be a limit on how many times the same ad can run within a certain time frame.  What’s more, many ads will be experimental in nature, inviting people to order products on the spot, request more information on merchandise or services, or take advantage of discount offers.

Additionally, Comcast X1 customers will have the opportunity, using voice features on their remotes or set-top boxes, to interact with commercials as they play out.

As this new streamer sorts out how they’ll deal with all three challenges, two questions loom large.  How fast can its original content take off with users, and is Comcast/NBC Universal underestimating how much they will have to invest in that content?  There is no doubt that a number of series announced so far have appeal, including a Sam Esmail-led Battlestar Galactica reboot.  But, considering that Apple first declared only $1 billion would be spent on Apple TV+’s original content, and that amount quickly swelled to $6 billion, we can only wonder if Comcast can stick to its plan to spend $2 billion over this year and next on its next big TV bang.