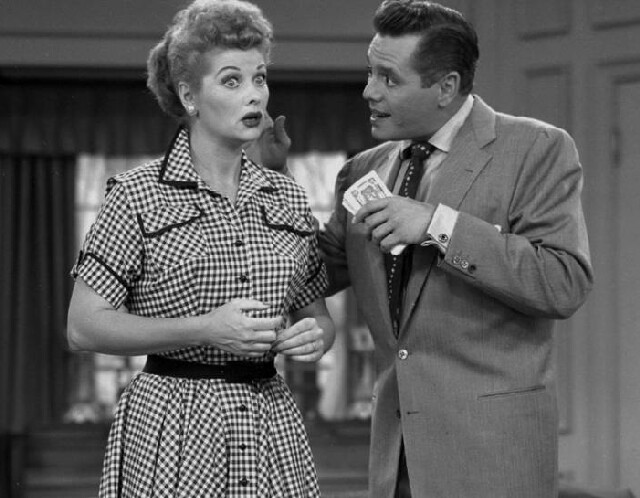 As Women’s History Month continues, the media is perpetually calling attention to the accomplishments of women in all areas of life, while women themselves continue conversations about #MeToo, #TimesUp and the gender inequality that remains in place today.  This was especially true at the recent Winter 2019 Television Critics Association tour, which did not take place during Women’s History Month but certainly served as a primer.  Many networks staged press events featuring multiple actresses and/or female producers and directors talking about their past and present and the futures they are working toward, as the roadblocks that have long stood in their way continue to be broken down.

For purposes of this column and those that will follow it throughout the month, I am going to confine my thoughts about the history of women in television who advanced their fellow females on-screen, behind the scenes, or both at a time when women weren’t exactly welcome to do so. The women who come immediately to mind are the major female television stars of the ‘50s, ‘60s and ‘70s whose work changed the game in one way or another. I am struck by the fact that these women accomplished so much – often through the careful creation and protection of iconic television characters who motivated and inspired millions of women (and men) to reach for more in life, while never failing to entertain. I am also struck – stunned in fact – that they do not often come up in present-day conversation about limitations placed on women. How did these women accomplish what they did, when they did? Their stories are legendary.

No series of columns about the accomplishments of women in television would be legit unless it started off with Lucille Ball -- then, now and forever to be the First Lady of Television. Most people know her as Lucy Ricardo on I Love Lucy, or as the various Lucys she played in several subsequent sitcoms, all of them successful (except her final one, Life with Lucy, an unfortunate effort that came and went in the mid- ‘80s). Ball was a moderately successful movie actress in the ‘30s and ‘40s before she moved over to television where, working in tandem with her husband and co-star Desi Arnaz, she became the first woman to head an entertainment production company and, later, the first female studio chief (of Desilu, which she created with Arnaz).  She did all of that while becoming and remaining the most popular performer on television.

Ball’s additional accomplishments are easily researched, but it is everything about I Love Lucy, which she very much controlled, that impresses me the most. For over 30 years people have been asking me what my all-time favorite television series are; and the top three are always the same: I Love Lucy, The Mary Tyler Moore Show and All in the Family, though not necessarily always in the same order. When I think about the fact that I Love Lucy came and went between 1951-57 my head spins. It was so perfectly of its time, and yet has somehow continued to feel current through every decade since. Lucy is a happily married wife and mother who nevertheless wants to do more and seeks fulfillment in a number of ways, often with comic results, but frequently with touching outcomes. And she always has her best gal pal by her side.

Consider the relationship between Lucy Ricardo and her best friend and neighbor Ethel Mertz (Vivian Vance); two women who stuck together through thick or thin, regardless of what was going on in either of the marriages at the time. It wasn’t until Mary and Rhoda came along in 1970 (more on that in another column) that so genuine a friendship between two adult women would again be seen on a television program. The situations they often found themselves in were best described as improbable or wacky, but there was never any doubt that Lucy and Ethel were stronger together than apart, nor that they knew it.

It is also rather remarkable, given the fact that mixed relationships weren’t common or encouraged back then, that Lucy’s husband and the love of her life was Latino. (Ball and Arnaz were married in real life at the time.) Ricky Ricardo was a Cuban bandleader. There doesn’t seem to have been any fuss about that at the time. Nor about the fact that Lucy often made fun of Ricky’s accent.  It was all in good-natured fun, but were such a thing attempted today, the raging sensitivities of our time, especially those expressed on social media, would likely bring about changes or the cancellation of the show.

Let’s also take a moment to reflect on the extraordinary accomplishments of Madelyn Pugh, perhaps the first female head writer on a television series, and at the very least the most successful in the medium’s early years. She had a hand in writing 39 episodes of I Love Lucy per season for the show’s six-year run. She worked with four men, not all of whom remained with the show throughout its entirety. Her inclusion was historic, her body of work extraordinary. She was as much a pioneer in her own right as the woman for whom she worked, yet she is rarely acknowledged today. She continued writing for Lucille Ball in her many series that followed, as well as movies that Ball and Arnaz starred in and many other television properties.

Since the first episode of I Love Lucy was telecast, way back in 1951, the series has literally never been off the air. It set early syndication records and continues to be seen every day in dozens of countries. To this day, when CBS telecasts certain episodes in colorized splendor, usually around holidays, those ancient reruns do remarkably well, often winning their time periods.

Thousands of television series have come and gone in the decades since I Love Lucy ruled the ratings and Lucille Ball was the most famous personality on American television. Collectively, everything about this show may represent the greatest achievement in the history of the medium – all of it due to the strength and talents of a remarkable woman, the likes of whom has not hit television since.